You are not Pro-Life. You are pro-birth.

Life doesn’t end at birth, but that’s when you stop yelling and turn your back. 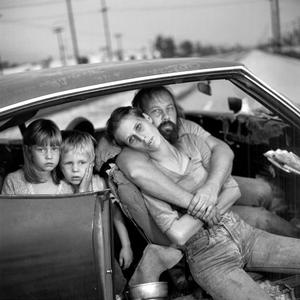 If you were actually pro-life you would be demanding more housing subsidies, welfare programs, and job training for people struggling against poverty and homelessness (It would sicken you that in our nation the average age of a homeless person is 9).

You would be do something about climate change so our children and grandchildren will have a habitable place to live.

You would support the dignity of workers by calling for a higher minimum wage, paid family leave, and stronger unions.

You would insist that everyone has affordable healthcare, and that young people can receive a free college or trade school education.

You would oppose needless war and gluttonous military spending, one year of which could end world hunger for 10 years.

You would stand up to sexism, white supremacy, attacks on the LGBT community, religious persecution and the dehumanization of immigrants.

You would choose more effective ways to prevent abortions, such as increased education, social services and access to birth control rather than vilifying women and legislating morality.

You would blame sexual assault and sexual harassment on rapists and harassers not their victims.

You would speak out against a destructive and unfair justice system that locks people away while not providing sufficient mental health and substance abuse services.

You would support reasonable gun control to help prevent needless slaughter of innocents.

You would demand better from our law enforcement, many of whom leave grief and fear in a wake of violence. You would not stand for officers who are untrained, bigoted or psychologically unfit for the job, nor for their colleagues, superiors and judges who protect them.

You would occasionally vote against your own benefit and bias because you know it will ease the suffering of people you don’t even know.

You would be slow to judge and quick to help.

You would be in favor of more, and opposed to less.

2 thoughts on “You are not Pro-Life”